The USD fought back from its lows, stocks pulled back from their highs into the close in what was an indecisive day before the weekend’s big G20 meeting where increasingly my sense is traders are hoping for an outbreak of tradewar glasnost.

Can it happen? Sure it can? Will it happen? That’s complicated – see below.

One highlight Thurday was the release of FOMC minutes which suggest Jerome Powell did not blink after Trump criticism but rather the Fed is gebuinely data dependant. That’shardly positive for stocks if they pause when you consider why that might be.

US stocks were off their lows but also off their highs.The lows were achieved after worries that trade hawk Peter Navarro’s inclusion in theTrump/Xi dinner list was a negative on positive expectations. But stocks recovered and though the Fed minutes gave a clear explanation of the banks thinking and that more increases in rates are likely it wasn’t till the very end of theday that the sellers swooped once again.

That may set the tone for week’s end before we all wait for Monday morning’s gap – one way or the other – in Asia.

To commodities then and wild moves were seen Thursday in oil markets. This time though some soothing comments sourced to Russia pulled the market back from the brink of another selling frenzy. At the end of play WTI was up 2.23% to $51.42 while Brent lifted 1.1% to $59.39. Copper lost about 0.6%, gold is at $1223 largely unchanged, likewise with silver at $14.28. Bitcoin is at $4200.

On the day today we get private sector credit in Australia but the big release is the official Chinese PMI’s. Housing starts and construction are out in Japan and then its German import prices and retail sales before French inflation data and EU employment and CPI. GDP is out in Canada and then look to a speech by NYC Fed boss John Williams to iron out any misinterpretations that the Fed sees in the market reading of recent events – if there have been any. 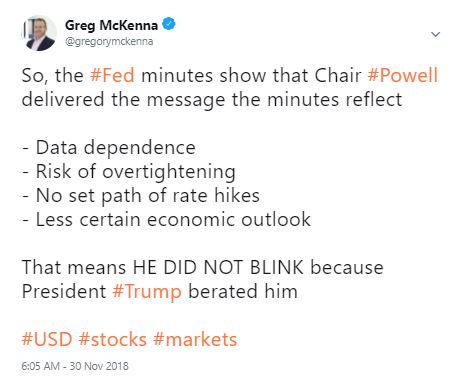 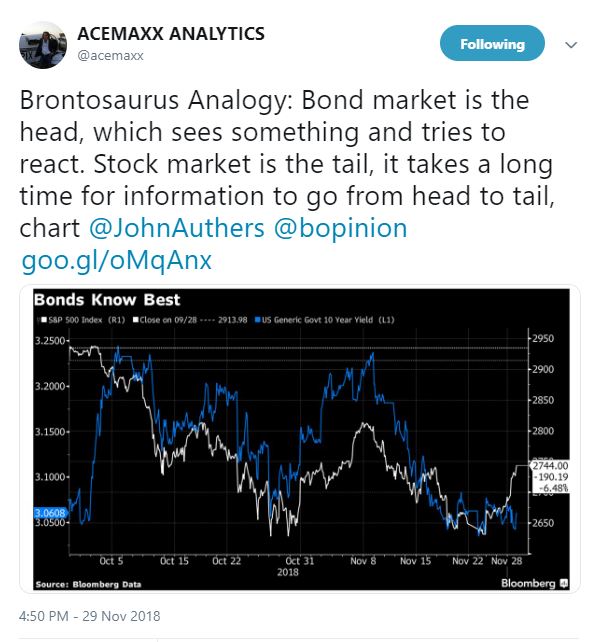 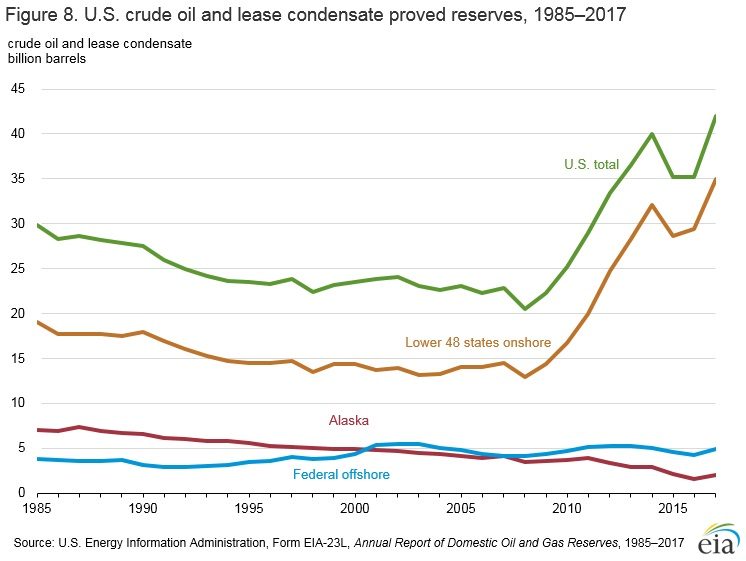 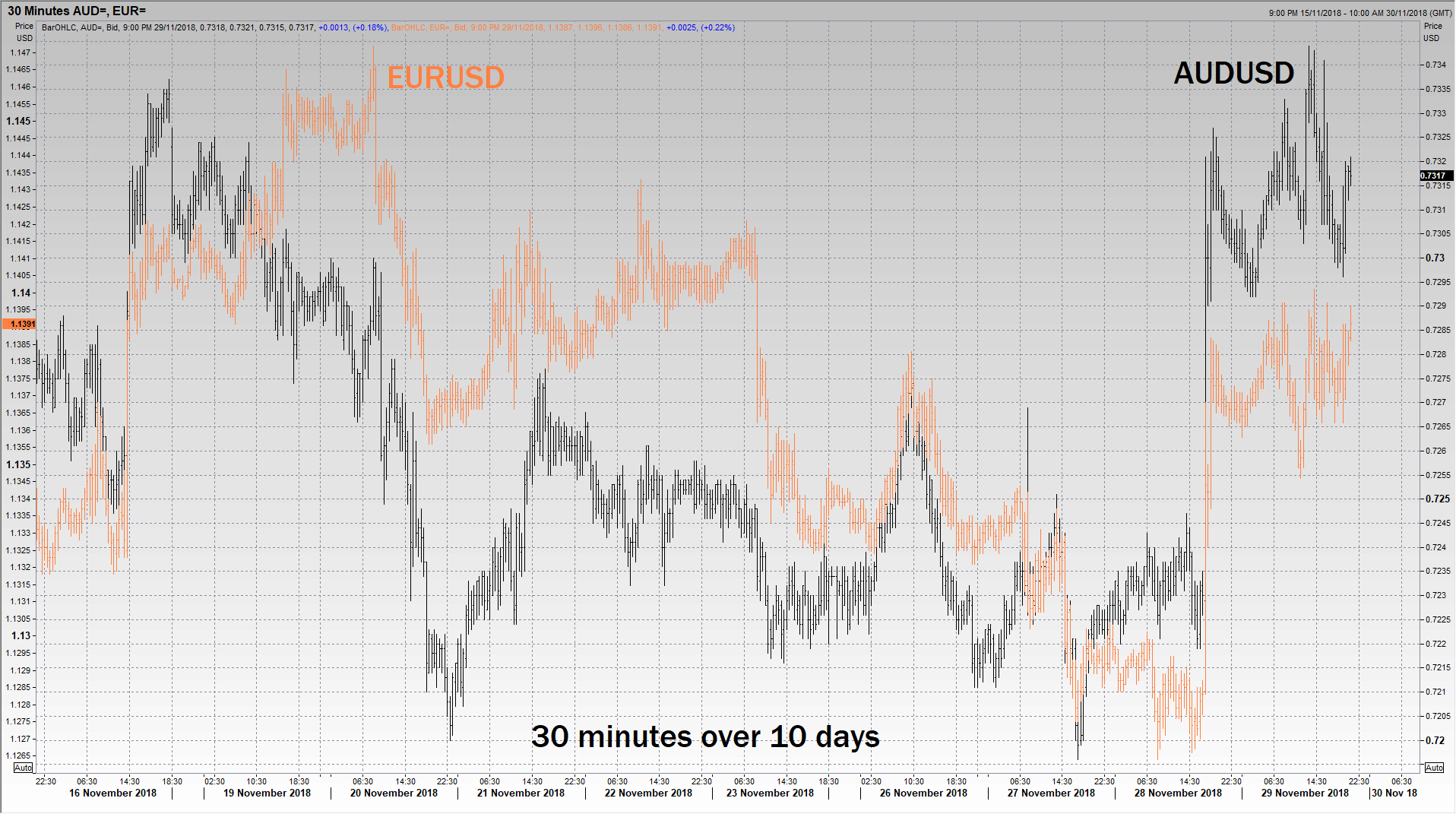